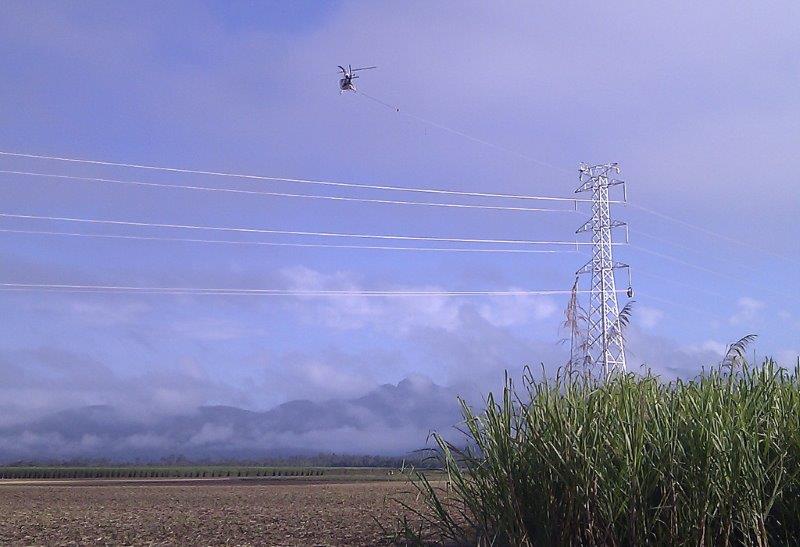 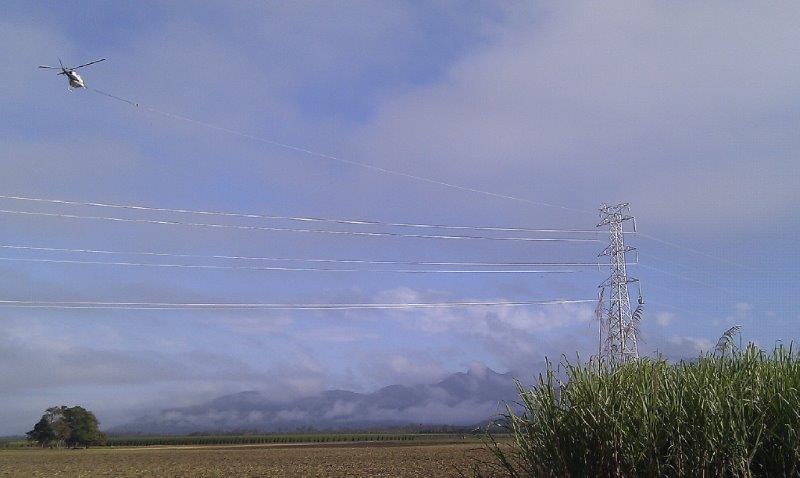 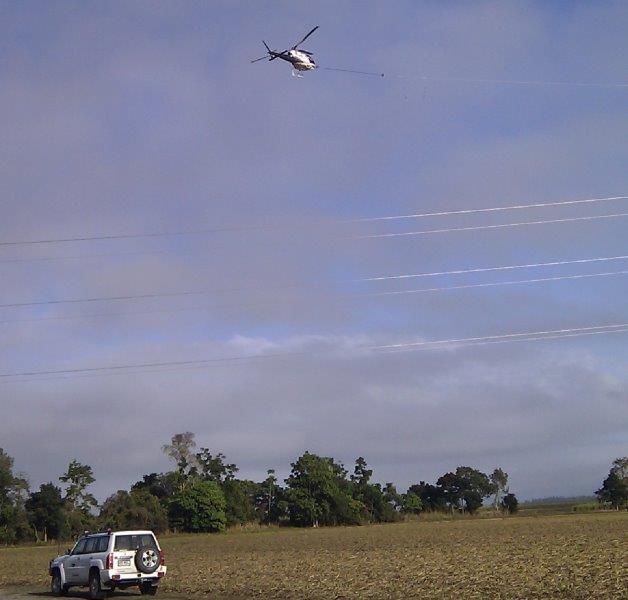 One of the best things about life on the road is the constantly changing view outside your window.

For a couple of months in mid winter 2013, we stayed with friends living on a cane farm near Halifax, NQ. His farm house is in a sea of cane. When we arrived in June, one large paddock beside the house had already been cut. This year the cane was to replanted. The farmers spent days ripping the old cane, turning, adding fertiliser, flattening the paddock preparing it for planting. 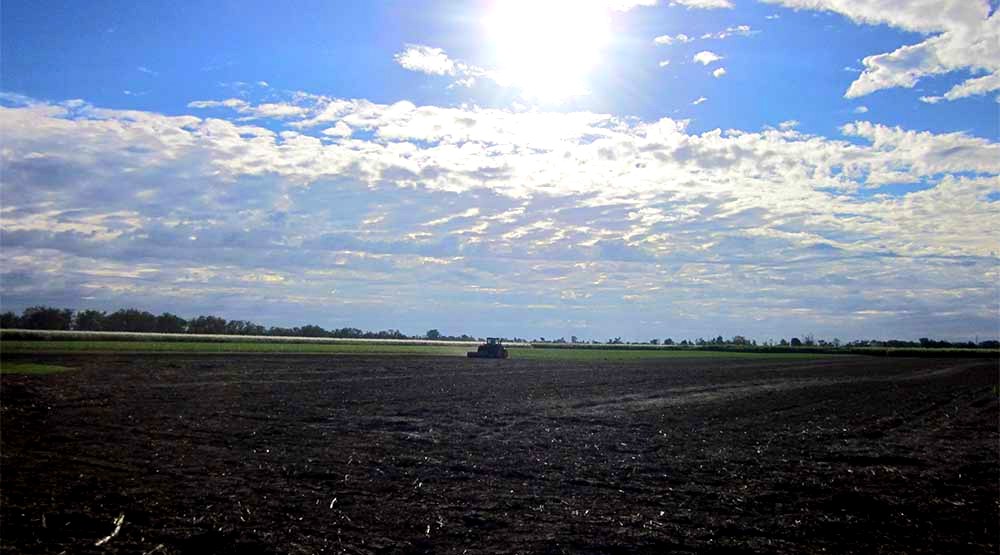 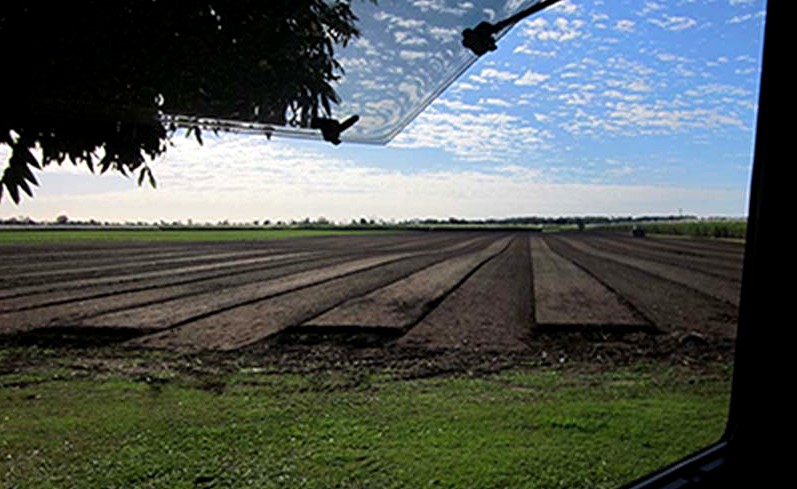 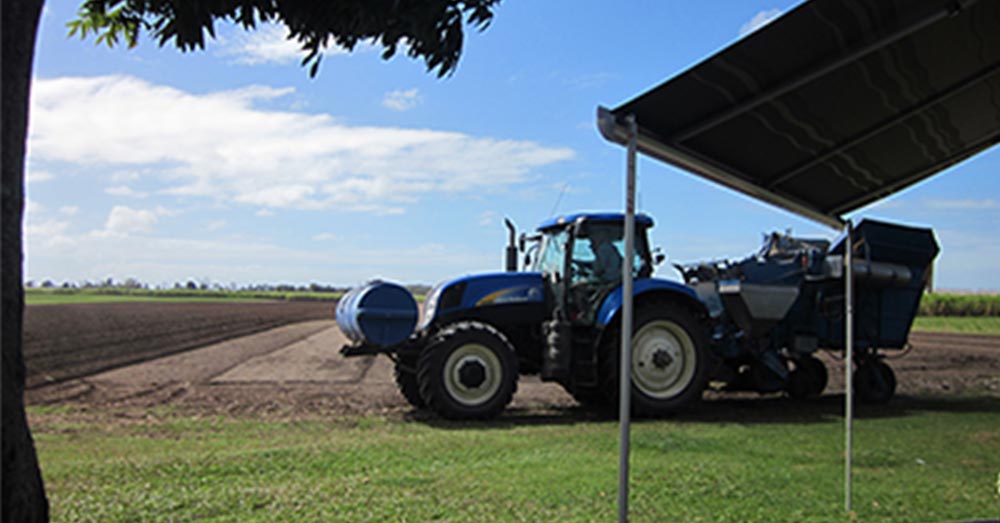 Coming from Mackay where cane farming is the main agriculture, Dean and I were interested to see that they were not stick planting. In the ‘olden days’ and sometimes 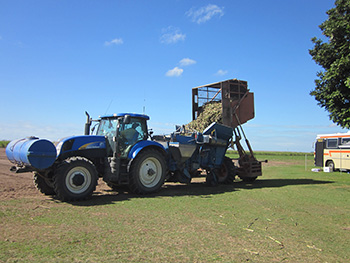 today, long sticks of cane are cut and manually fed through a planter towed behind the tractor. Slow and time consuming hard work. This was a huge paddock – it would have taken a couple of days for it to be stick planted. Instead, the contractors got it planted by early afternoon.

We watched impressed with the speed and accuracy. The driver in the planting tractor controls the tipper remotely, tipping and filling his bin until it is full. Then he lines his tractor up at the last

row and away it goes. The tractor digs the furrow, plants the cane and lays fertiliser over the top, then covers the cane back over creating perfect rows.

Used to seeing slow tractors plodding away down the furrow, we were amazed at the speed this one was going. And how straight his lines were! Chatting to the tipper driver, we found out they are GPS guided and its all done on auto pilot – just line it up, push the button and away it goes!  The wonders of modern technology!

And all this entertainment right outside my window.

Watch how its done.

Not long after arriving in Halifax (Qld), during one delightful afternoon with a few friends, the decision was made to make an evening campfire. Since wood was required – our friend Mick (aka Price) decided that on the way he would show his guests the local croc hangout – Molasses Drain – which runs along the back of the cane paddocks near his house and right beside the road to Halifax. 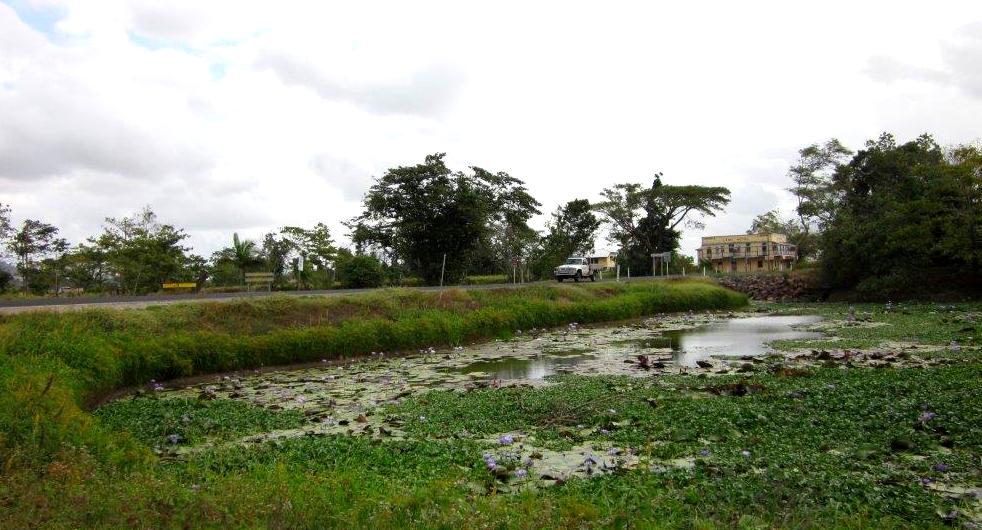 Previously, we have driven along this picturesque backwater full of lillies and viewed the unconcerned locals sunning themselves on the banks. There are at least three younger 2.5-3mt crocs that live along this stretch of water and one older fellow at least 3.5+mts. Mick has told us stories of many a tourist being spotted picking water lillies waist-deep in the water, completely oblivious to the danger of becoming someones dinner. Once these big boys slide into the water you cannot see them at all! 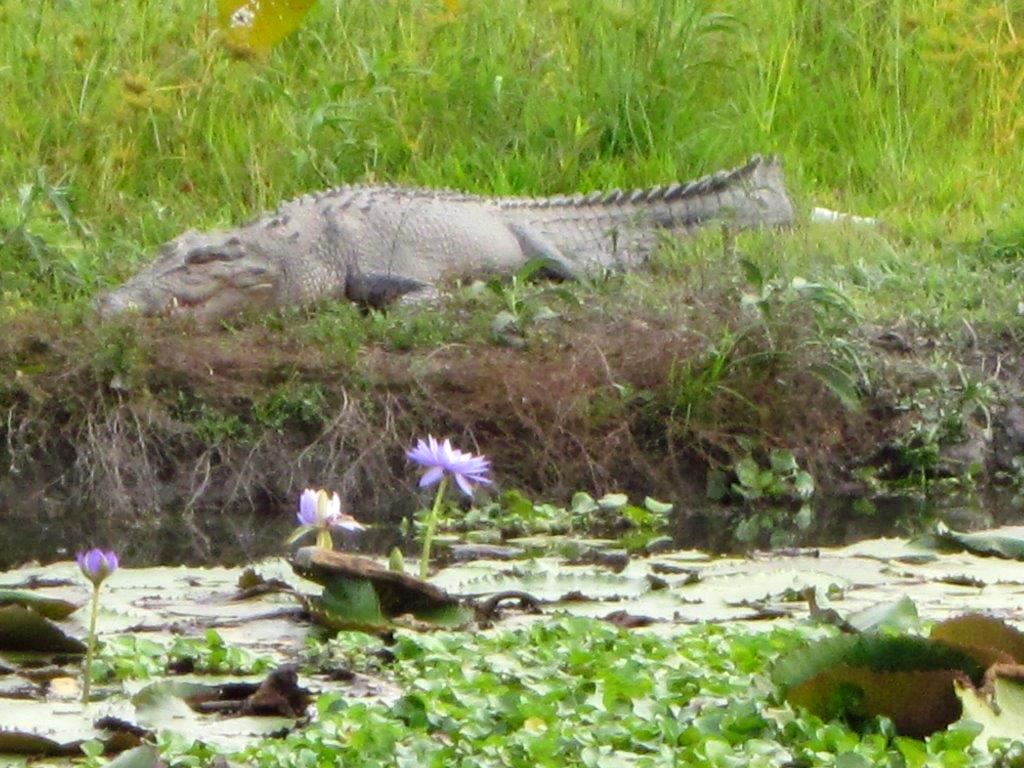 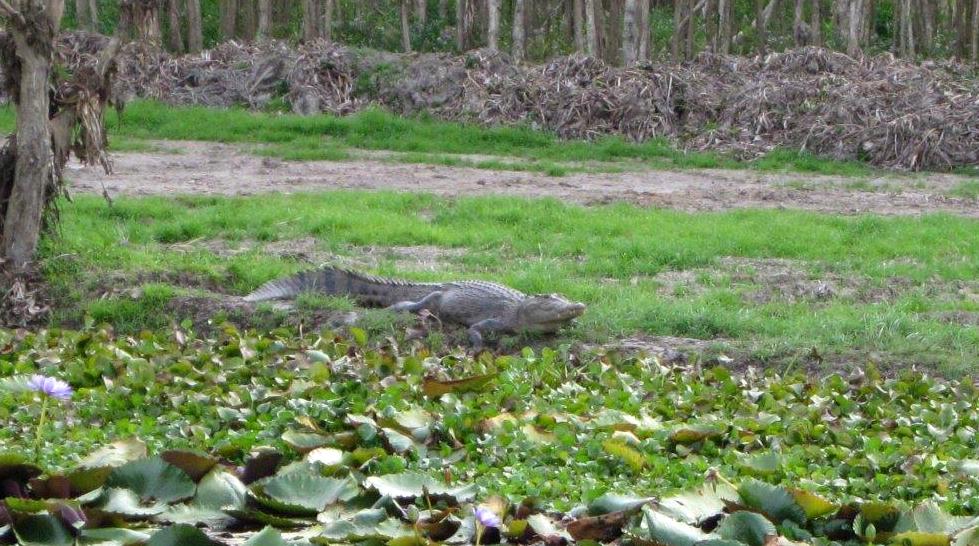 Price and passengers – John, Dean, Sherry & Gav, piled into the trusty old pajero and headed off along the headland.  A while later, we received a phone call – “we’re bogged, can you send Trev with the tow rope?” Trev and a couple of others grabbed some tow gear and jumped in the Nissan….

The rest of us had a couple of chuckles, Price bogged!  LOL  Hope he’s not in the drain….. Nah, not Price he knows about the croc’s, he wouldnt be that silly…….

Shortly after….. another ute drove by ….. we waved – the farmer. Then the farmer coming back the other way …… in the tractor!

Jerry and I looked at each other! OMG theyre in the drain!  We jumped in the car and followed…… the pictures tell the story:

Yep. Definitely bogged. And not 100 ft from where that big croc lives!

How do you recon we get it out? 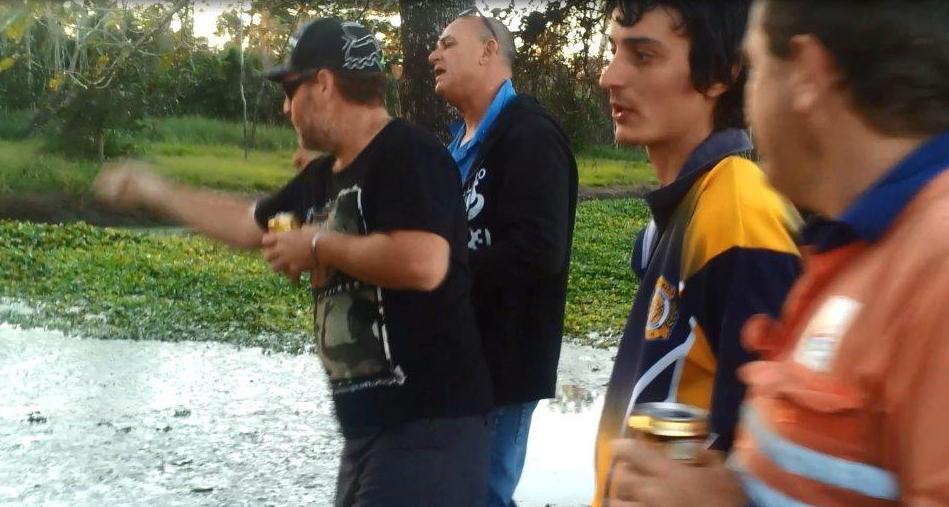 Is someone keeping an eye out for that big fella who lives just over there? 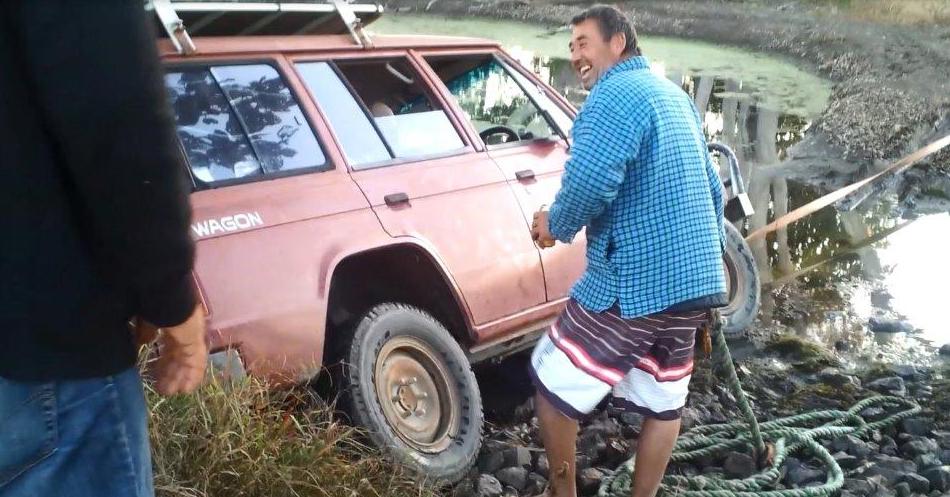 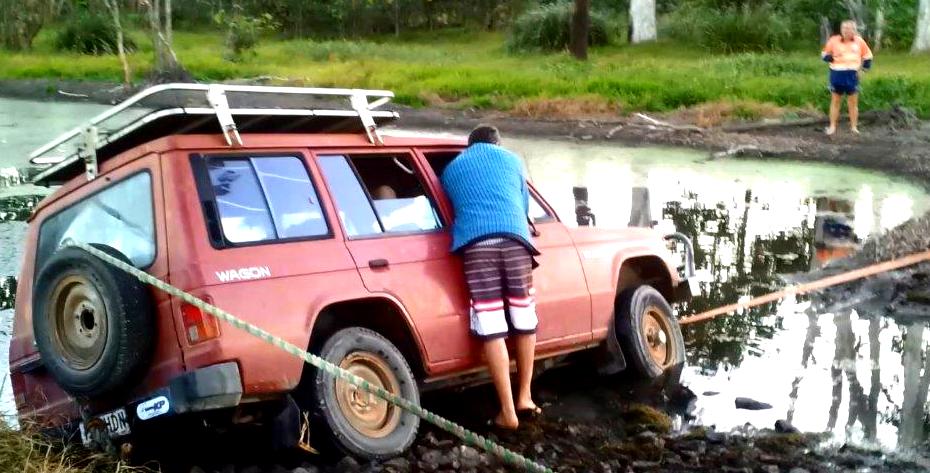 We need some more weight! 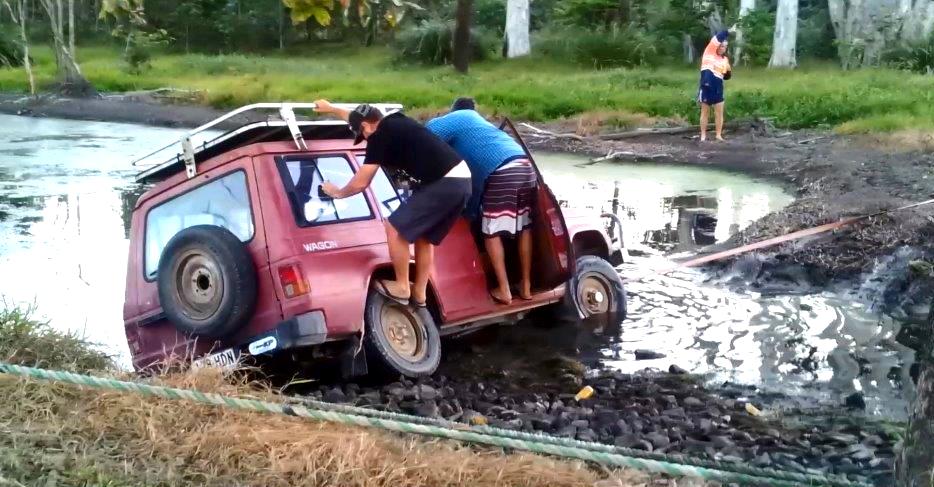 I don’t think this is going anywhere – call for reinforcements. 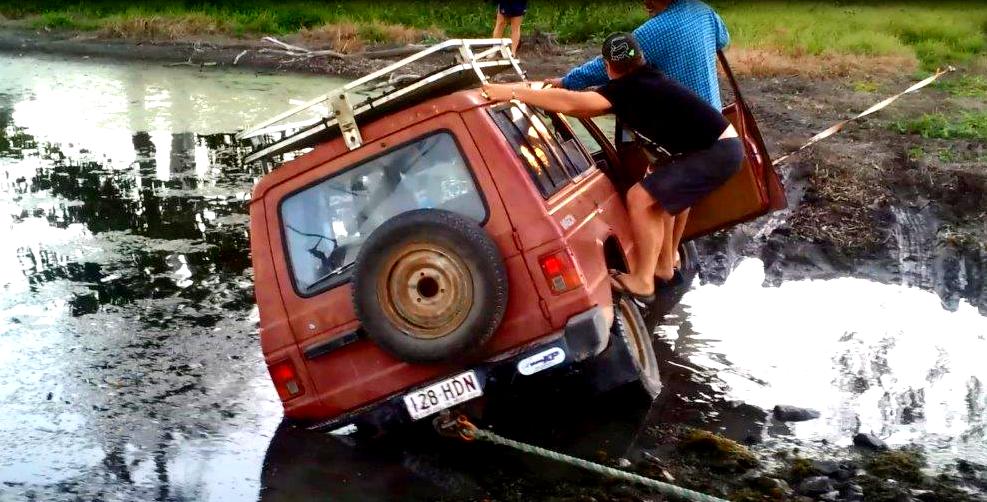 I think its gonna tip over!  More weight fellas.

Here comes the cavalry – Hi James!       What are you doing in the Drain Price? 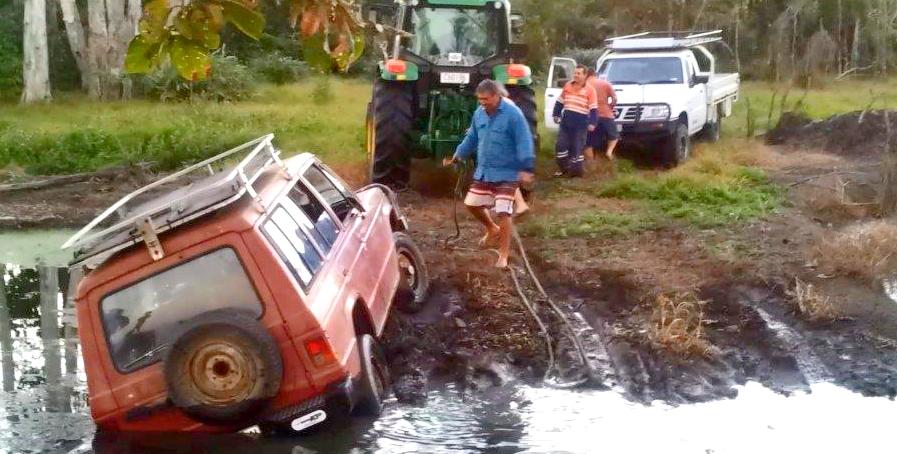 Do I still have a muffler? (they spent 3 hours repairing it just this morning)

That’s how you should have done it the first time!

Leave the crocs in peace. 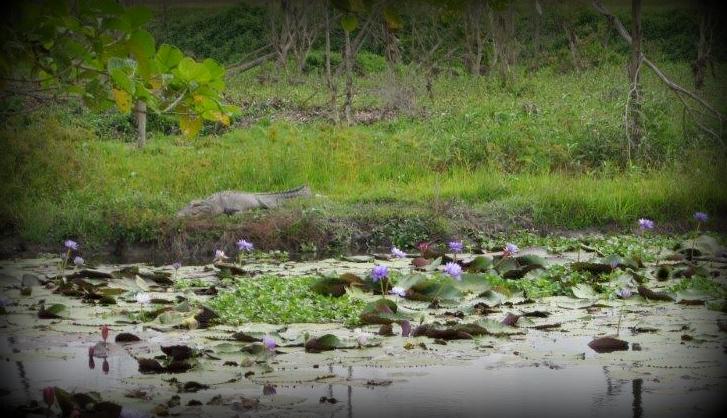 Just another day in north Queensland

Thanks for the adventure Mick.